The socio-political leadership in the Kingdom of Balanipa strongly influenced by the history of its formation and relations with several significant kingdoms in South Sulawesi, also affected by the penetration of the colonizing nation into the land of Mandar. This study uses the concept of royal leadership with a historical approach, the time of colonization, and the inclusion of Islamic understanding in several kingdoms in South Sulawesi. By using several theories of historians, such as Ahmad Sewang, Muhammad Daud Amin, Edwar Polinggomang, and several studies of Ancient Manuscripts about the Balanipa Mandar and kingdom, such as Lontar to Napo, Luaor and Balanar Mandar. This research is a grounded research, namely in the form of historical research that seeks to recover data and historical sources both written in a number of books and classic texts such as the Lontara Mandar manuscript, and in speech, in the form of stories and testimonies by historical figures in the land of Mandar and know much about the history of the kingdom of Balanipa. The analysis shows that the discourse about the history of the kingdom in Mandar began from the formation of the kingdom of Balanipa in the mid-16th century, even though there was a large kingdom that was prominent before that was the Kingdom of Passokkorang (in Mapilli, Polman) and the Kingdom of Baras (in Pasangkayu, North Mamuju). The coronation of the king as the leader and appointment of the King in the kingdom of Balanipa, has strict requirements, one of which is to become a king, must bequeath a value of the principles of leadership that must prioritize the interests of the people, especially those relating to economic life, social, security and public order.

This work is licensed under a Creative Commons Attribution-NonCommercial-NoDerivatives 4.0 International License.

Daud, M. A. (2007). Get to know the structure and system of the government of the kingdom of Balanipa Mandar.

Kila, S. (2003). The Structure of the Royal Government of Balanipa and Its Development. Makassar: De La Macca.

Muhammad Abduh, e. a. (1985). History of Resistance to Imperialism and Colonialism in South Sulawes. Directorate General of Culture.

Sewang, A. (2006). Regarding the Kingdom of Balanipa in Bandar . Mandar: The Maha Putra Mandar Foundation. 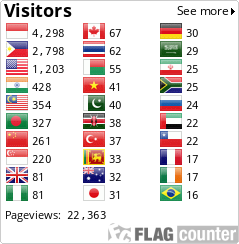